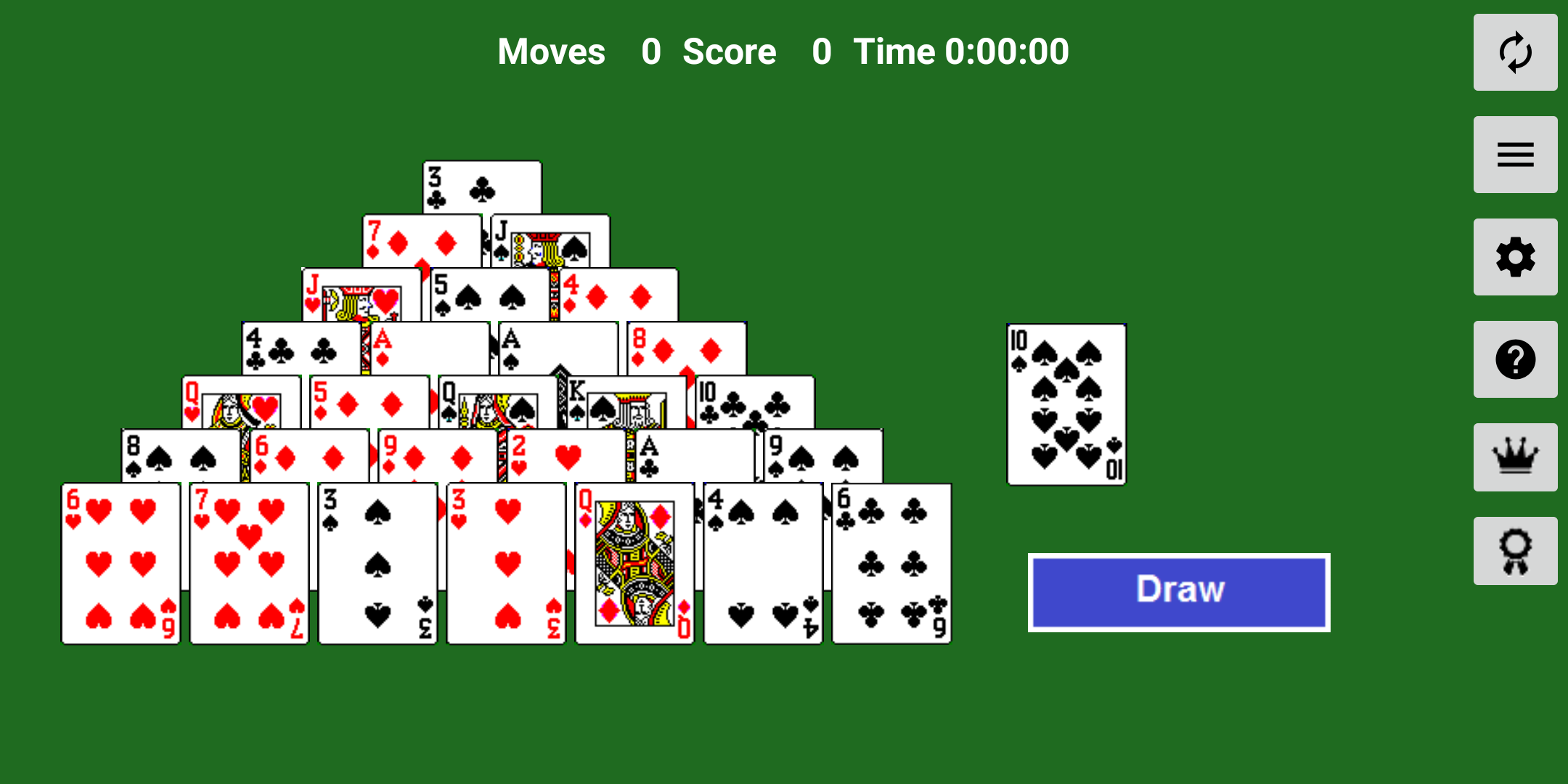 This fully animated pyramid game features several Leaderboards including Most Wins in One Day, Fastest Winning Times, Highest Score, Most All-Time Wins as well as 8 Achievements! Post your winning scores and times for your friends and family to see!

Object of the Game

The object of the game is to clear all the cards in the pyramid in the least amount of time.

To begin the game, find pairs of cards that sum to 13, and click one of them to remove the pair. Note that Kings are worth 13 and may be removed by themselves.

Click one card of the pair to remove it. If it is able to be removed, it will pair and remove itself. If it cannot move, it will shake side to side.

Therefore the cards that may be removed are as follows:

To start a new game, click the uppermost icon on the right.

Game sound volume is controlled by your phone or tablet's volume keys.

If you are logged in to Google Game Services, your score will be posted automatically when you win the game. 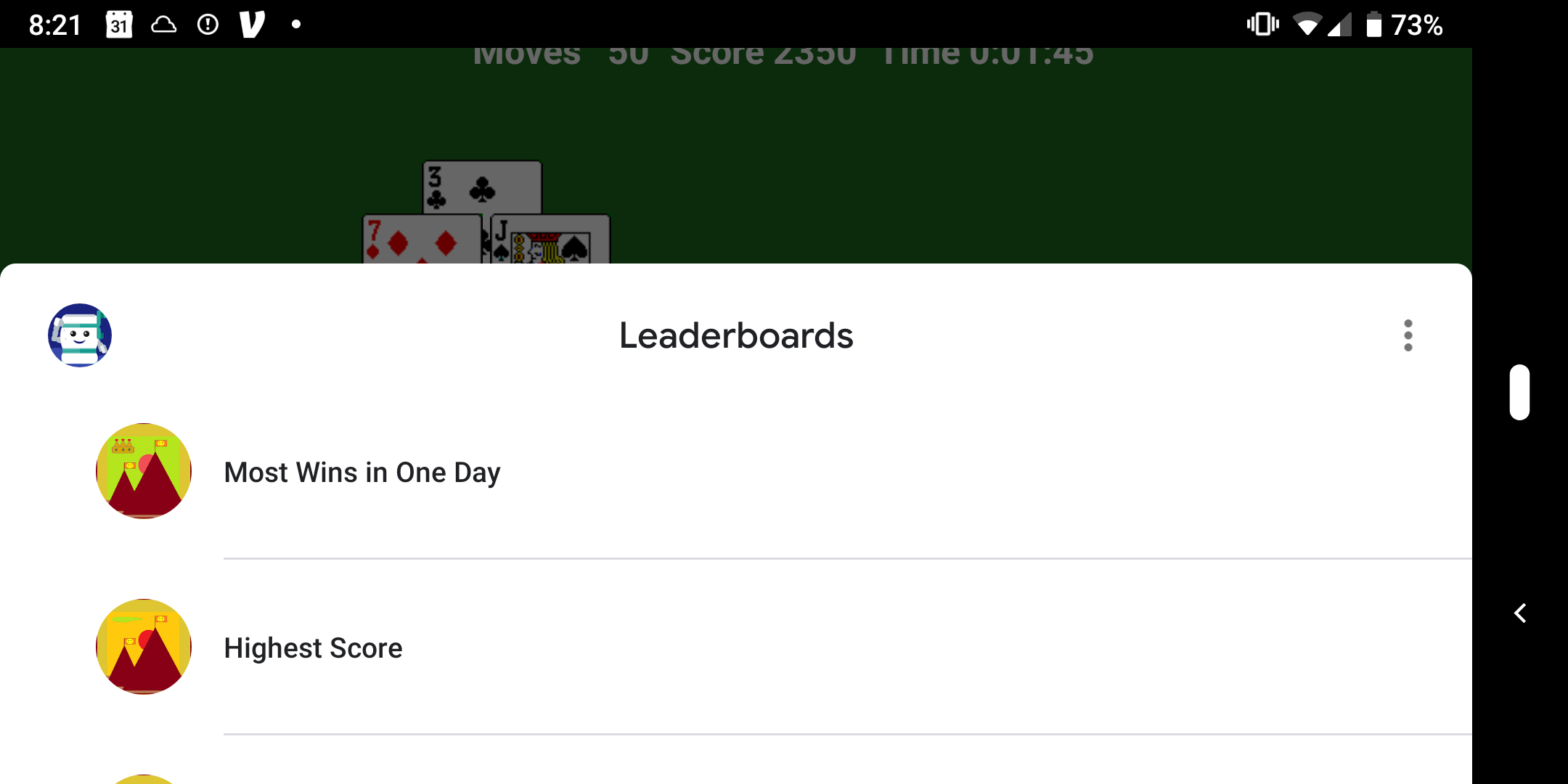 Your Achiements will also be incremented or unlocked automatically if you are logged in. Incremental achievements take several steps to accomplish, like "Win 100 times". Other Achievements are simply unlocked when you accomplish them. While most achievements are visible, some are hidden. Keep playing to learn more! 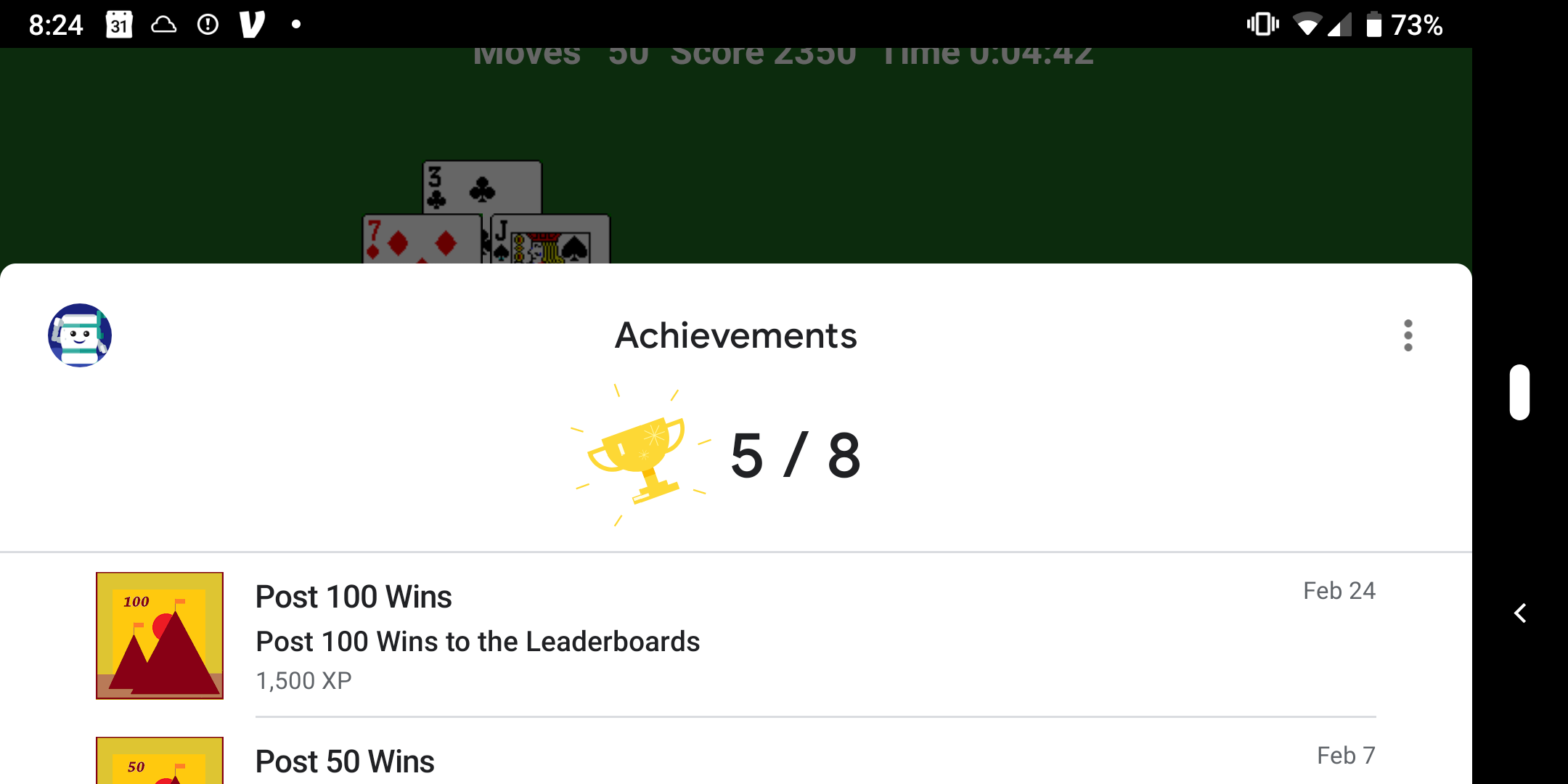 Pyramid Solitaire is available in the Google Play Store.